Charles Peachock was seen on the #1 show America’s Got Talent where he made a record six appearances - taking him further than any juggler in the show’s 10-year history. His mass appeal has made him the only juggler in history to be featured in People magazine. Quickly and deeply connecting to any hard to please audience is what Charles does best. He has over 20 years of professional performing experience under his belt. It’s time to turn up the heat and bring this one-of-a-kind comedy and visual spectacle to your event. 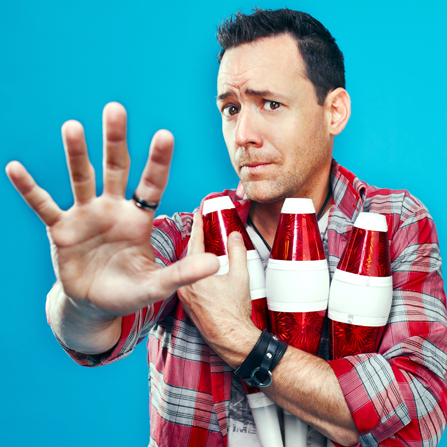