World Record setting adventurer Mikah Meyer is one of today’s premier leaders for diversity and inclusion efforts in the outdoors industry, especially for LGBTQ+ people. After visiting all 419 sites in America's National Park System, Mikah became the first openly gay man featured in an outdoors recreation ad, and used that credibility to expand access for LGBTQ+ people in outdoors culture by founding the “Outside Safe Space” program.

Featured on The Today Show, NPR, Late Night with Seth Meyers, and sponsored by brands like REI, Brooks Running, and Schwinn Bikes, Mikah doesn’t just tell students how their “differences are actually their strengths,” but like any great storyteller, shows them. Through the example of his stereotype-breaking career in an outdoor industry that didn’t even have a Pride Month campaign until 2016, he shows students how no matter their identities or backgrounds, they can live a life that’s both “ordinary and extraordinary.” 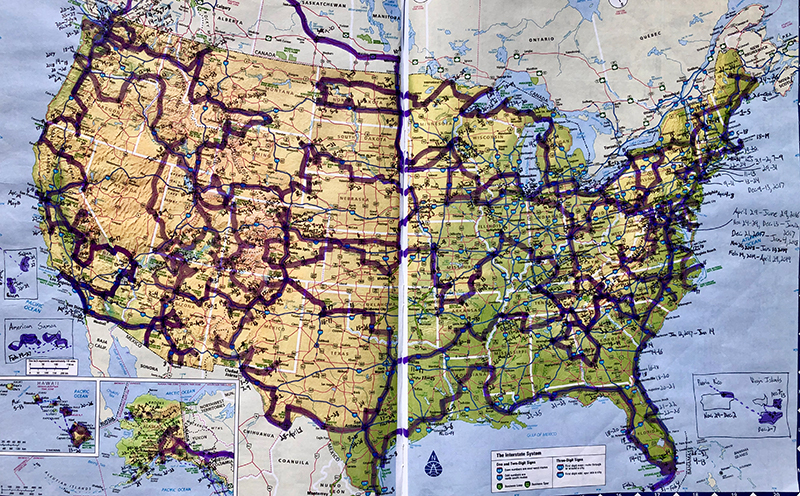 Carpe Diem: Accomplish Your Dreams Before It’s Too Late
During finals week of his freshman year in college, Mikah Meyer lost his 58-year-old, travel-loving father to cancer. After 11 years of taking an annual road trip to honor the retirement his dad never got, Mikah launched a once-in-a-lifetime dream in case his own life would be cut short. The resulting world record road trip made Mikah the first person to visit all 419 National Park Service sites in a continuous journey (3 years nonstop). Having paid his own way through college and creatively self-funded this project, Mikah shares inspirational and practical ways for students to live their dreams--now. Do you want to travel the world? Own your own business? Design a life that follows your own path? Learn how to make your dreams a reality before it’s too late, because as Mikah learned during his college years, tomorrow is not guaranteed.

Your Difference Is Your Strength: a Gay Outdoorsman’s World Record
Have you been told being unique will limit your life opportunities? That being different will impact your ability to get a job or accomplish your dreams? After growing up closeted in Nebraska, Mikah Meyer turned his struggles into triumph by becoming the First Openly Gay Man Featured in an Outdoors Recreation Campaign (sponsored by REI) in an industry that traditionally ignored LGBT people. Through the lens of Mikah’s 3-year, nonstop journey to America’s 419 national parks, he shares how it is actually your differences, whether LGBT or other unique traits, that will make you successful and help you stand out in your career. And how no matter who you are or what traits society says don’t fit their expectations (maybe you’re a woman majoring in engineering, or a minority working in tech), you can grow up to not only be ordinary, but extraordinary.

LGBT & Christian? One World Record Traveler’s Journey
“You can’t be gay and Christian, you have to choose.” Growing up the son of a nationally-recognized minister, Mikah Meyer heard this statement his entire life. Yet after years of traveling the world and studying religion, his journey not only brought him to a place of acceptance for his unique identities, but allowed him to use the platform of his world record national parks project to be a light in the darkness for LGBT Christians around the globe. Through founding the world’s largest regular gathering of young-adult LGBT Christians (“Queer For Christ”), thousands of media features, and speaking at hundreds of churches around the globe, Mikah provides a positive example of a gay Christian to people and places who’d never known it possible. Learn how both Mikah’s gay and Christian identities played a vital role in the success of his national parks journey, what the Bible/Christianity does (and doesn’t) say about homosexuality, and ask questions about what it means to be a gay Christian in a culture where so many say that person can’t exist.

Leading by Example: The Power of Authenticity
“It’s hard to be what you can’t see,” civil rights leader Marian Wright Edelman said to a crowd of 30,000 youth. Except it was not the 1960s; but 2015, and her call for authenticity spoke to the continuing need for leaders that inspire others to blossom. One of the listeners in that crowd, Mikah Meyer, took these words to heart, and through a world record journey to all of America’s 419 National Park Service sites gained unique insight into the type of leadership a digital world is craving, and how to provide it. Through the lens of his historic national parks road trip, Mikah shares the “Why” of the importance of leadership, the “How” of using one’s unique strengths to bring out the best in others, and the “Now” benefits of leadership that aims to serve others.

The Ultimate Journey through America’s National Park System
Does your Environmental Studies department cover America’s National Parks? Is your university offering immersion trips into the great outdoors? Or do you have clubs that love to get students outside? Inspire their imagination via Mikah Meyer: The First Person to Visit all of America’s 419 National Park Service sites in a Continuous Journey (see map above). Through the story of his 3-year, world record road trip to every site the Park Service manages, Meyer takes the audience on their own journey through the vast options and opportunities our public lands offer. Whether your students are looking at careers in the outdoors industry, a better understanding of our National Park System, or just hoping to visit the great outdoors during their school breaks, this presentation provides the knowledge of a national parks expert, and the opportunity for your students and faculty to have their individual questions answered by someone with a complete understanding of experiencing the National Park System.

World-record-setting adventurer Mikah Meyer has been called everything from a "Sexy Travel Guru" to a "Best Instagram to Follow," and his unique brand of travel featured by Late Night with Seth Meyers, The Today Show, and Upworthy. With travelogues broadcast from Iran to Japan, speaking appearances from New York to New Zealand and writings published by Outside Magazine, REI, and more. Please help me welcome, adventurer Mikah Meyer.

Mikah was amazing! He was engaging and approachable and did a marvelous job of weaving together the various threads of his journey. His spoken presentation and media were both great, and I was struck by how the students who attended were clearly connected with him and his story. Both students and staff were able to relate to Mikah throughout the presentation. There were plenty of questions for him at the end, and after we finished, there were a number of students who made a point to talk to him directly. I really cannot say enough good things about the topics he engaged, the way he related to the audience and shared his complex and powerful story.
- Penn State University

I want to thank you for your presentation last night at Penn State Hazleton. The program was incredibly impactful, eliciting laughter, tears, thought provoking conversation and an intimate glance into the realities GLBT Christians. I wish you all the best as you complete your journey in a few days. I hope to see you back at Penn State Hazleton in the future.
- Penn State University - Hazelton